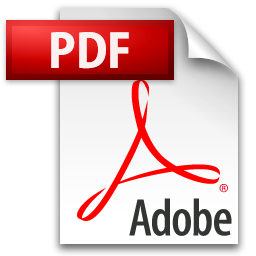 BEAUTY IS A CHOICE
searching...
PRGBAKELM

Make your eyes look natural and fresh again Eyelids surgery is one of the most common in plastic surgery. Upper eyelids usually start losing their shape after you turn 30. During blepharoplasty superficial pieces of skin are removed from your upper or lower eyelids. Sometimes fat pads and loose muscles are removed, too. The surgery has a longlasting effect that may solve your problem forever and for always. Blepharoplasty is performed under local anaesthesia and makes your eyes look natural and fresh again. 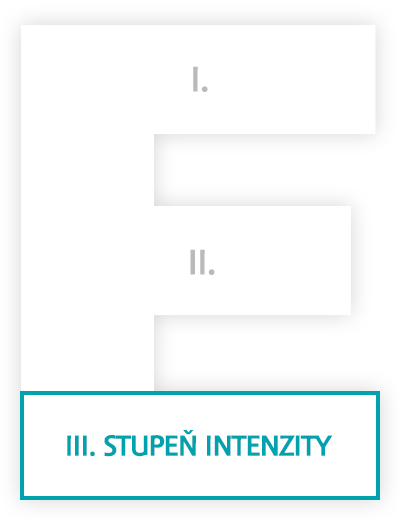 Upper eyelids usually start to become limp in the third decade of life but even in younger age there can be extra fat in upper and lower eyelids which causes older and sadder look. These changes can be modified or completely removed by eyelids operation, so called blepharoplasty.

Blepharoplasty is suitable for men and women in all ages. When keeping the correct and detailed technique it can refresh and rejuvenates the whole face. We proceed the operation very often and the prognosis says that in ten or twenty years will be drooping of the eyelid skin rare phenomenon, such as uncolored gray hair of women today.

The symptoms mentioned above usually begins slowly emerge after the thirties, but the operation rarely takes place before 35. There are only very few women and men, in whom surgery performed after 45 wouldn't have significant effect which lasts for 7-12 years. The procedure can be repeated but it's not recommended to do so more then twice in the life.

Consultation before the surgery

By healthy person the operation doesn't require special preparation or examination. Two weeks before the surgery it's not recommended to take medicines containing acetylsalicylic.

Patients who take medicine for restricting blood clotting should carefully consider the surgery. It is also less suitable to operate at the time of 3 days before and after the menstruation. The surgery is performed throughout the year.

Blepharoplasty is performed mostly in local anesthesia without hospitalization. You shouldn't come fasting and thirsty. Except the injection is the whole procedure painless, well tolerated and lasts approx. 1 hour by upper lids and up to 2 hours by lower lids. Scars are in the fold of skin over the upper eyelid, and just below the lash line on the lower lid. The patient goes to the home care in about one hour after the procedure. Operation is very well tolerated and painkillers are taken rather exceptional. Cuts are covered by about half centimeter stripes so the patient sees normally. Stitches are removed on the 5. day after the procedure in women and after a week in men. The swelling and hematoma perists for 7 days when operating the upper lids and up to 14 days by lower lids.

It is necessary to stop using or substitute medication against blood clotting. Before the treatment itself, the clients need to remove all make up and wash their faces.

The treatment is performed under local anaesthesia, while you're lying on your back. Upon request, it is also possible to perform the treatment under general anaesthesia. The surgeon will remove superfluous pieces of skin and fat, then sew eyelid skin back together and place the Steri-strip fixation patch on top.

In the first few days after the surgery, we strongly suggest resting, ideally in a semi-upright position. The client should not lean forward, lift any heavier objects and refrain from any activities, that might result in a higher blood pressure. Watching TV is also not recommended. For a few nights after the treatment, we recommend sleeping on your back, with your head slightly upright. Should you sleep on your side, increased swelling may appear on that side. It is forbidden to swim or visit the sauna until stitches are removed.

Painkillers are usually not necessary. The only medicine administered serves to prevent excessive swelling. If the client has fixation patches, they need to keep them until the stitches are removed. Some doctors suggest using the creme for scars healing in the morning and evening. Swelling disappears quicker, when cold compress is applied.

Stitches are removed after 5-7 days. Scars tend to be pink in the beginning. Later, they become less visible and softer.

Clients may resume their usual daily activities after 10-14 days. It is very important to protect your eyes with a 50 ultraviolet protection factor suncream for 3 to 6 months.

After the surgery there is almost always bruise, which may be up to a dark blue and around the eye. Bruises usually disappear after 14 days. After this time your eyes look naturally and can be compared to an eye irritation, such as in conjunctivitis. To prevent bruisees - hematomas, swelling and for the smooth healing is very important camness and higher position by sitting, especially in the first few hours after the procedure.

48 hours after operation you should relax with closed eyes. You can put the cold compress on eyes. Your doctor will inform you about home care. Swelling may be asymmetrical and this leads to temporarily asymmetric position of scars. Acute complications are rare.

In case the bruises and swelling don't limit you, you can return to work on the 5. day after the surgery. Around the 10th postoperative day scars start to recoil and harden. It's a natural phase of healing scars. This period can be significantly shortened by massages and using special creams with silicone.

Healing and recovery is individual. It is crucial to follow advice and personal care instructions. Bruises and swelling may appear on your eyelids or around your eyes after the treatment. 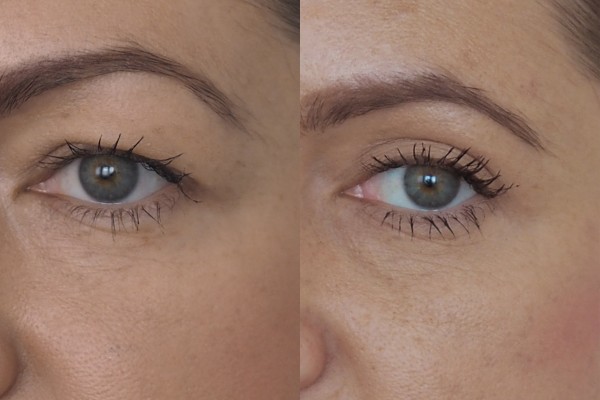 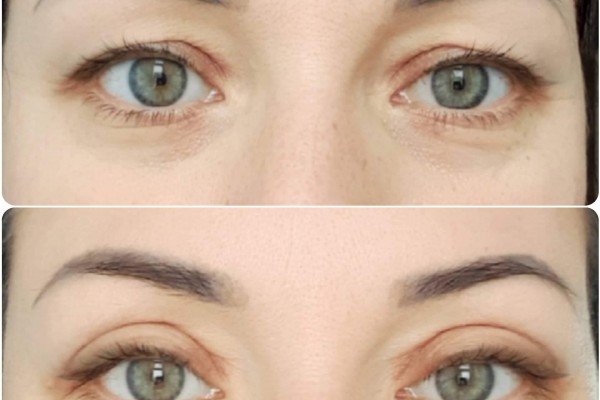 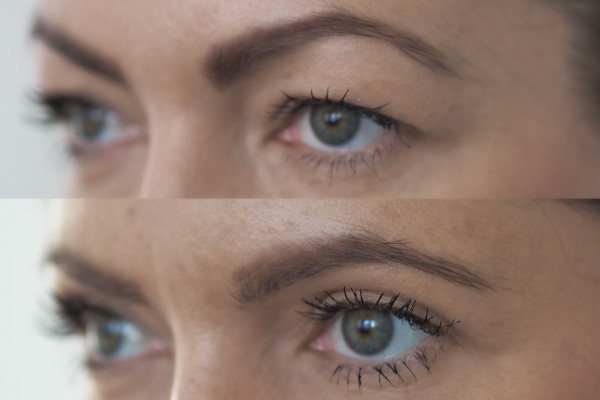 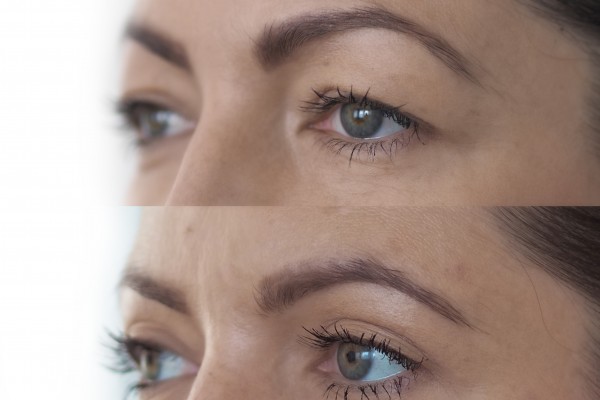 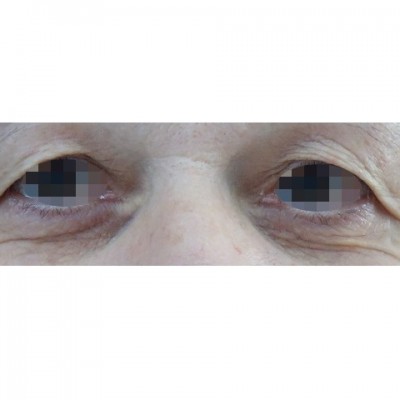 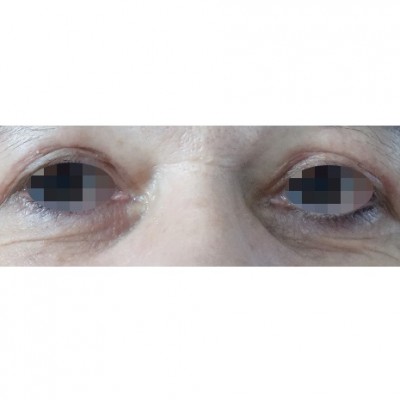 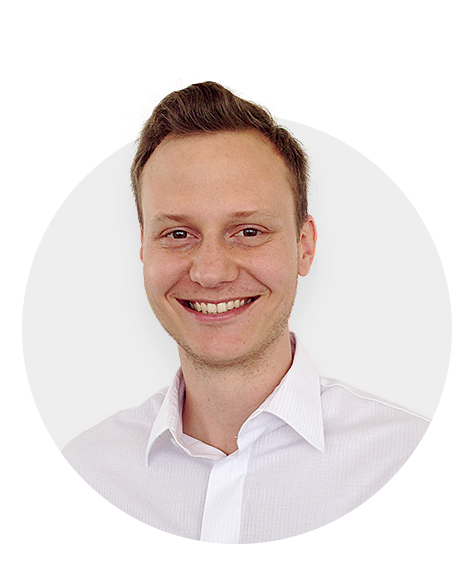 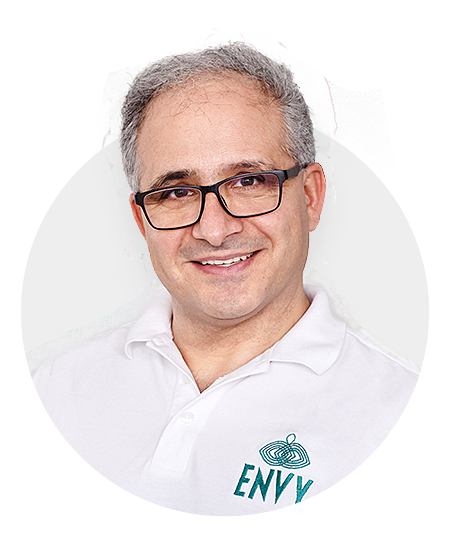 The procedures are also available in installments 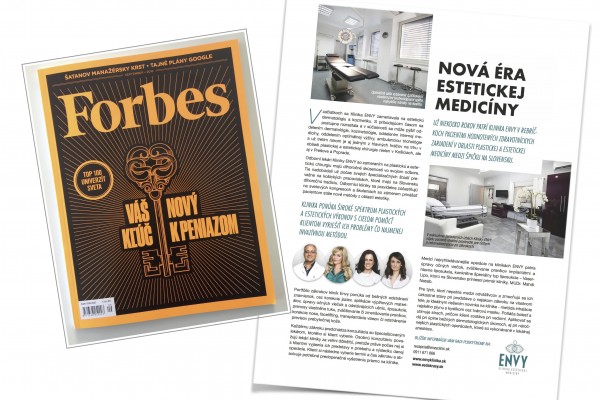 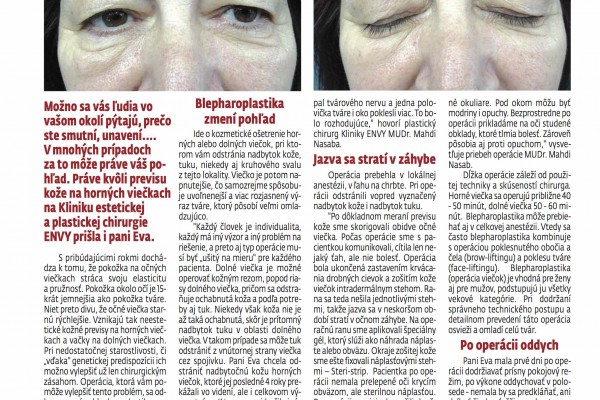 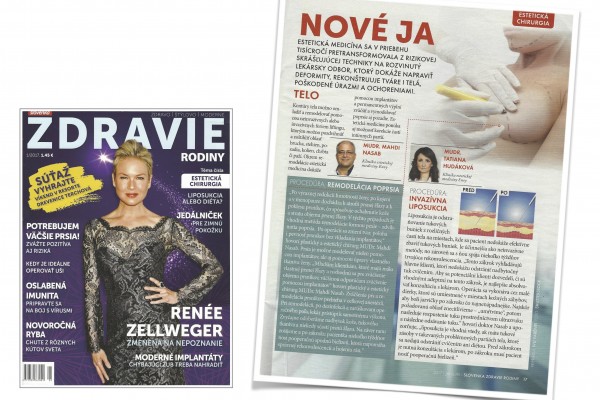 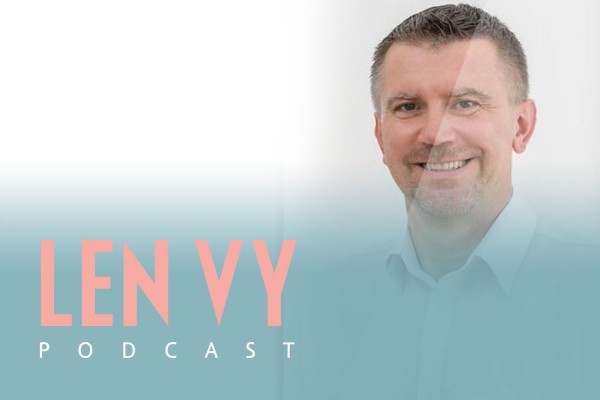 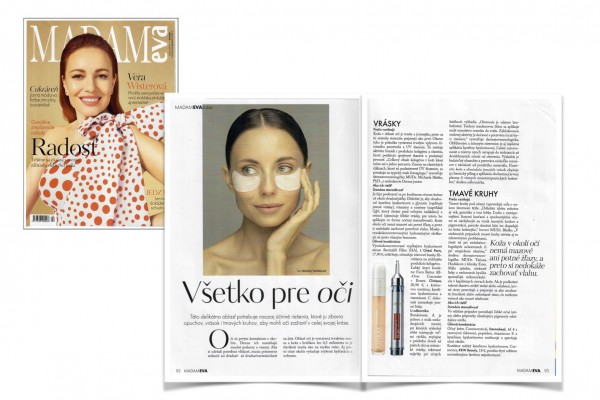 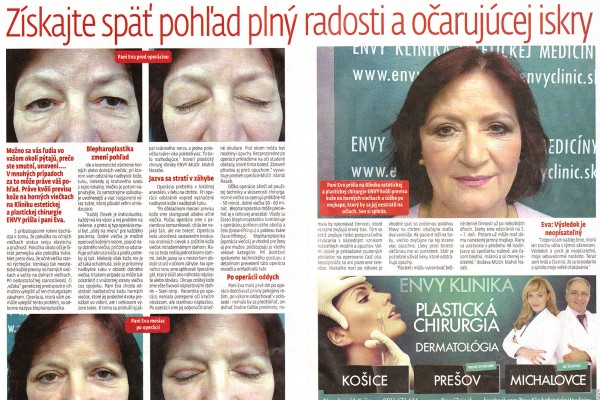 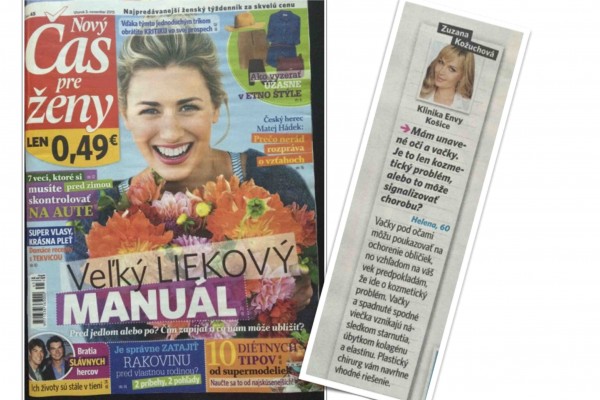 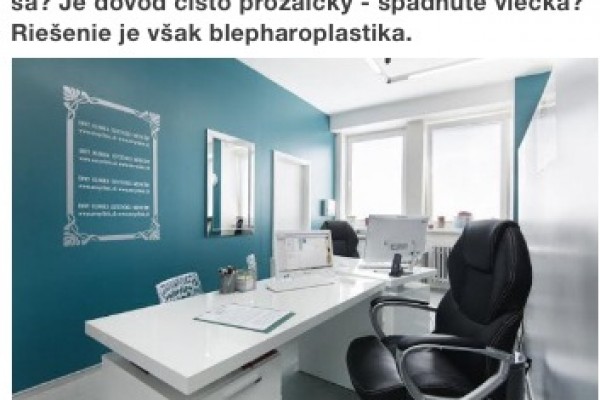 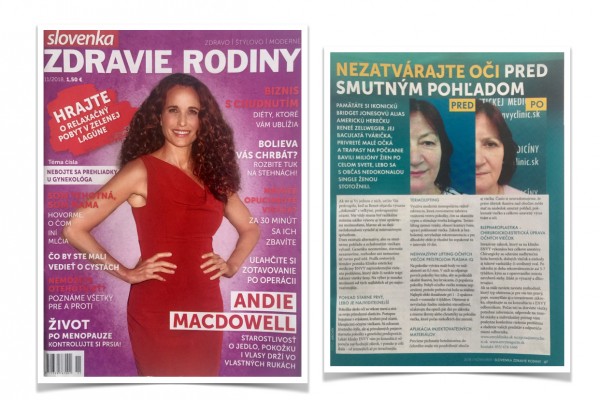 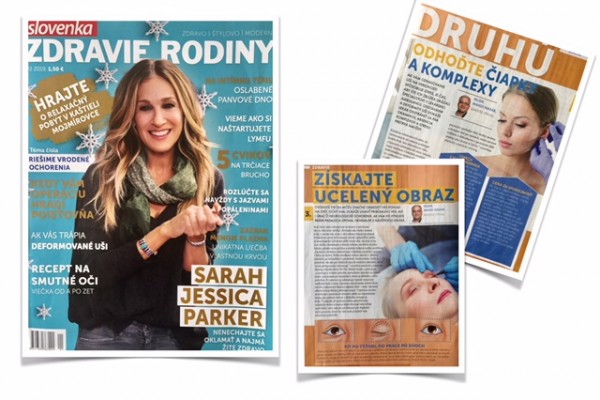 Need an advice?I HAVE QUESTION
Beauty is availablePROCEDURES ON LOAN
The procedures are also available in installments

CLOSE
This procedure is available:
ENVY Klinika Bratislava, ENVY Klinika Košice
Book by phone:055 / 676 16 66Book by e-mail:recepcia@envyclinic.sk
Do you need a consultation?

If you have any questions before the consultation, please write to us at recepcia@envyclinic.sk, use our online consultation center or call us at +421 55/6761666.

At ENVY you will of course find 100% discretion.
You can count on that.

Have you had a procedure and had any doubts or complications?

In many cases, it may just be a normal follow-up treatment as part of normal convalescence. Therefore, we recommend that you contact us before you contact us. Please read the information on our website about a particular procedure or that of our client's FAQ.

Many times it is possible to solve one problem of skin or body in several ways - procedures.

Therefore, for some problems, we have included related procedures into three levels of intensity, depending on the resulting effect of the procedure or the degree of invasiveness. 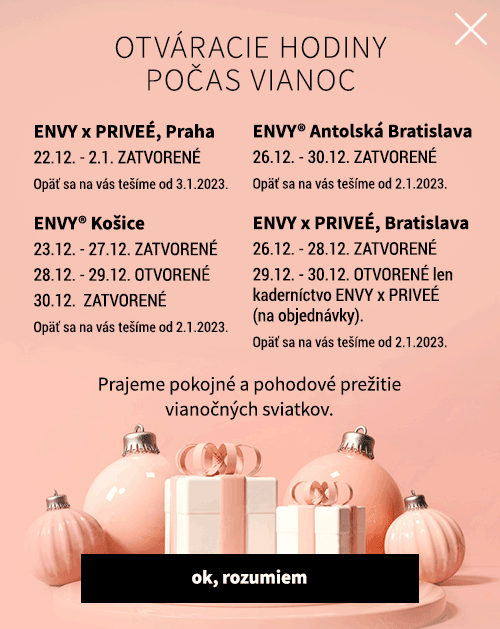